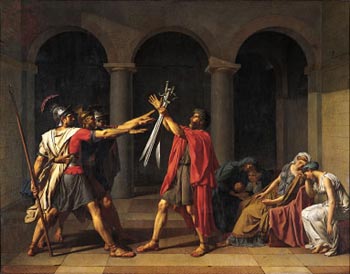 Antoine Bourdelle and Aristide Maillol – antiquity in the works 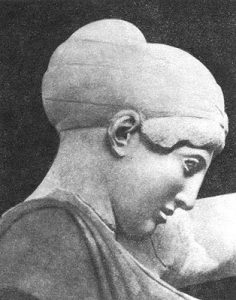 Antoine Bourdelle andAristide Mayol. What binds them? That they were born in the same year – 1861st? That both are French? Or that they are outstanding sculptors and are at the forefront of the art of the 20th century? Yes it is. But, among other things, another, very important. They admired antiquity and became its living bearers in an era that did little to flourish sculpture.

Sculptors lived at the turn of the century. Humanity was on the verge of the First World War, the October Revolution, which shook the foundations of the old system. Closed the last page of classical art history. Fit the first letters of the book called “Modern Art”.

Bourdel and Mayol created two fundamentally different plastic images of the era: the first embodied its unprecedented heroic impulse, the second – harmony. They personify the law of unity and struggle of opposites. Both were born in the south, in Provence, where the traditions of worship for antiquity are strong, Bourdelle in Montauban, Mayol – in a small seaside town near the spurs of Pyrenees Banyul-sur-mer, came from families of simple workers. Mayol’s father is a trader, Burdel’s parents are a cabinet maker and a weaver. The young men left the province to study at the School of Fine Arts in Paris, were extremely diligent in their studies. For example, in the first six months, comrades had barely heard conversations from Burdel, so much he went to work. In this case, both greatly needed, going to his star through the real thorns. But the academic studies of that time did not benefit them. “If bliss is prepared for us in heaven,” said Bourdel, “it will be as boring as the School of Fine Arts.”

The masters deeply honored Rodin, who blessed them for creativity (Bourdel, for example, worked in his workshop for about 15 years). What Bourdel had said about the teacher could have been said by his brother in the arts: “Rodin is a brilliant analyst. I strive for synthesis. ” In contrast to the great impressionist sculptor, they considered reason, intellect, the basis of art. “Learning to draw is learning to think,” said Bourdelle. “The difficulty is not in execution. The difficulty is to think, ”Mayol often repeated.

The sculptors were subtle connoisseurs of music and felt in it, as in the rhythms of plastics, the harmony of the nature they deified. About sculptures of the Reims Cathedral, Bourdel said: “The drawing here is similar to the singing of birds in Beethoven’s pastoral symphony. It is worth remembering for a moment about them, and I immediately hear the vociferous chirping in the music of a deaf composer. Their trills and laughter ring in my soul. They chirp, whistle and fill like a nightingale in a quiet grove. ” Mayol admired Mozart: “There are small twigs in his music: ti-li-li-li-li. Each in its place, each happy hearing. But there is a trunk, and fat bitches: pom-pom-pom. Mozart can convey everything in music – the trunk, branches, leaves, even birds. A great artist is one who creates like nature. ”

In the art of masters there are many common themes – Leda (in Mayol has a bronze statuette, in Burdel there is a fresco in the Theater of Champs-Elysées), an air ocean (Maillol’s Air, Bourdel’s Cloud), a woman with apples (Pomona Mayol, Fruit »Bourdelle). Both, according to contemporaries, were the greatest workers in French art. And most importantly, bowed before the Greek plastic. “In the national spirit of France, the Greek sense of proportion lives – Bourdel wrote – and we must deeply honor the Greeks, for the beautiful French genius is illumined with the same light.” For the same reason, they were ranked among the greatest revolutionaries in art, now as archaists.

But the creative positions of the masters are completely different. This can be judged by the masterpieces – “Hercules” Burdel and “Pomona” Mayol. The first statue was created in 1909. The ancient hero aims his bow from a far-off invisible target, pulling the string with monstrous, inhuman tension. Leaning his feet on the ledges of the rock, he hangs over the abyss, from which, like a flame from the abyss, his fiery bow is pulled out – a symbol of life and death among the ancient Greeks. This rock can become matter hostile to Hercules, as well as the boundless space around. Indifferent nature is fraught with both good and evil. And the hero invades it, seeking to protect one, destroy the other. Against the background of licked, sugary handicrafts in the antique taste of the late XIX – early XX century, “Hercules” Burdel was a real discovery. It strikes not only stormy, fluttering force, but also freshness, depth of design. And now it is a symbol of our era, the time of the greatest discoveries in the struggle of man with nature and at the same time bitter losses and tragedies.